Women are building businesses at a rate that outpaces the overall small business growth rate in the United States.

Yet, there are systemic obstacles that women still face when it comes to starting their businesses or getting the financing they need to grow.

Two recent reports, the SCORE report, The Megaphone of Main Street: Women’s Entrepreneurship and the Fundbox report, What If: Designing Fair & Equal Financial Access for Women, both examine the state of women’s entrepreneurship from different angles in order to advance understanding of women’s businesses and how they relate to our economy as a whole.

Both reports tell a story of ambitious women driven to succeed while overcoming decades of challenges. And both reports indicate some interesting conclusions about the factors contributing to women’s future success. In particular, the Fundbox report indicates that advances in technology may finally lead us to the end of some of these persistent problems.

There’s no question that women are having a big impact on the economy as a whole. According to one report, America’s women-owned businesses employ nearly 9 million people and generate more than $1.6 trillion in revenues.

SCORE’s data, based on a poll of 20,000 small business owners in the United States, show that 62% of women business owners (vs 69% of men) depend on their business for their primary source of income. “[This] suggests that women-owned businesses are much more than casual hobbies,” the report notes, dismissing a potential argument that women-only open “side” or “hobby” businesses.

Reasons for the gender credit gap

Women in general still face significant obstacles when it comes to accessing the credit necessary to build and expand their businesses. Multiple studies indicate that women face a gap when it comes to getting funding. Though women business owners apply at similar rates to men, only 39% of women-owned businesses had a conventional bank loan, according to a 2014 U.S. Senate report. That’s compared with 52% of male-owned businesses that received conventional bank loans.

There are a number of reasons that may help explain why women’s businesses as a group still appear to lag behind male-led businesses.

First, gender discrimination persists, in the form of both gender stereotypes and unconscious gender bias. “What If,” the recent report on the gender credit gap, cites multiple studies between the 1980s through the present, indicating the presence of stereotypes that negatively affect women when trying to advance in the workplace, or when seeking traditional loans, or venture capital investment for their businesses. On both an overt and an unconscious level, gender stereotypes have a track record of negatively affecting perceptions of women’s competence and their ability to get approved for financing.

The second major factor to consider is the gender wage gap. Though the Equal Pay Act is over 50 years old, women’s wages have still not caught up to men’s wages. According to the National Women’s Law Center, white women who work full time still make less than their male peers, and for women of color, the gap is even greater.

This brings us to the third big factor: FICO or credit scores.

It’s no major revelation that lenders like to see steady revenue, accumulation of wealth, and assets when assessing the creditworthiness of a business. Those factors, alongside the age of credit history, and the average amount of credit used, all go into how the major credit bureaus come up with a credit score.

It’s easier to accumulate wealth and assets if you earn more money, and it’s also easier to stay within the recommended 30% utilization of credit to maximize your FICO score. If you earn less money, you may be using your credit responsibly, and you may be putting every cent back into growing a successful independent business. But using too much of your available credit is going to have a negative impact on your score. That score has the power to make or break your credit application if you’re looking for most types of traditional financing, such as SBA loans or any kind of term loan from a major bank.

Even highly driven, successful, and entrepreneurial women can find themselves in this trap, with a credit score that fails to reflect the success of their business in a nuanced way, taking obstacles like structural bias into account.

How financial technology (fintech) is leveling the playing field

Fortunately for women, and for all underserved business owners seeking easier access to capital, the landscape is changing. Technological innovations like machine learning and cloud computing have already had an enormous impact on financial services and credit access.

Due to the rapid expansion of available computing power and online workflows, there’s now a massive amount of business, personal, and financial data available in the cloud. While much of this information did exist decades ago, it was spread out in different places, harder to access, and definitely not all online. Today, financial technology (fintech) firms (such as Fundbox in business credit space, Earnest in the student loan space, and Rocket Mortgage in the home loan space, among others) are developing machine learning models to gather and analyze more of this data than would be possible for human underwriters to review. Machine learning allows financial firms to quickly build an increasingly nuanced picture of the performance of a given business.

The outcome of this technologically-enabled approach to risk assessment, built on a large number of datasets, is that more businesses are able to get approved for financing, more quickly and at their time of need.

Technology isn’t a cure-all for the challenges that historically underserved groups face, and it won’t solve problems like gender bias and negative stereotypes on its own. However, the thoughtful application of financial technologies like machine learning is already showing promise as a way to make access to credit faster, more nuanced, and fairer to all small business owners. 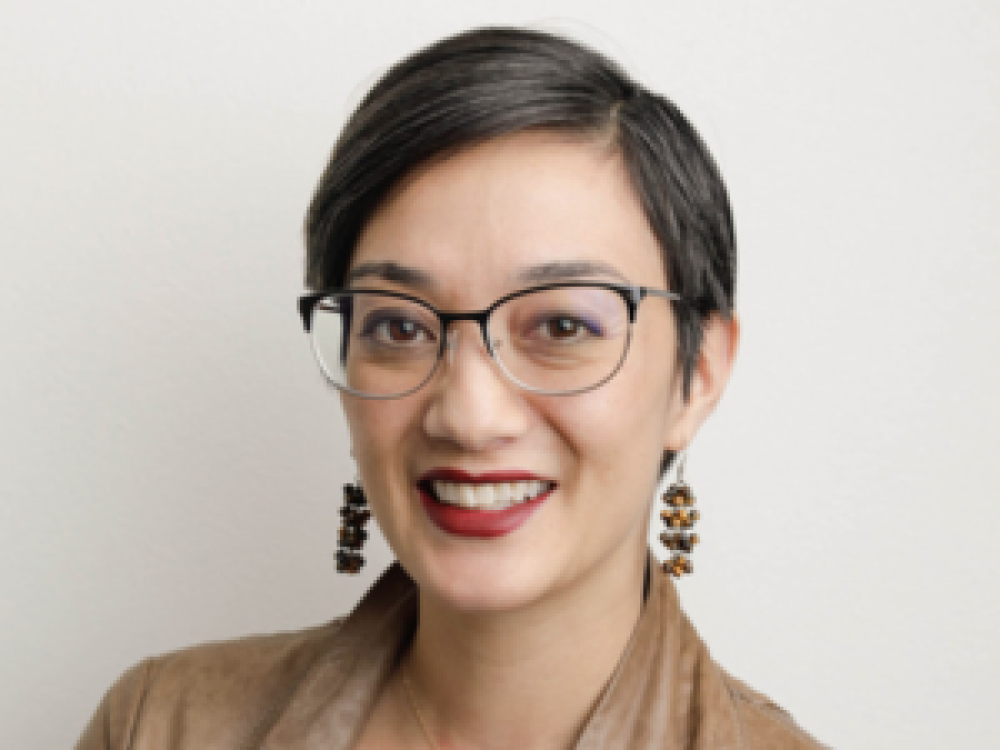 Irene is a business content strategist for Fundbox, with over a decade of experience working with entrepreneurs and mission-driven businesses to bring their stories to life.

SCORE’s latest infographic shows the financing challenges of female entrepreneurs. This infographic highlights the findings of part 2 of SCORE’s “The Megaphone of Main Street:... Read more